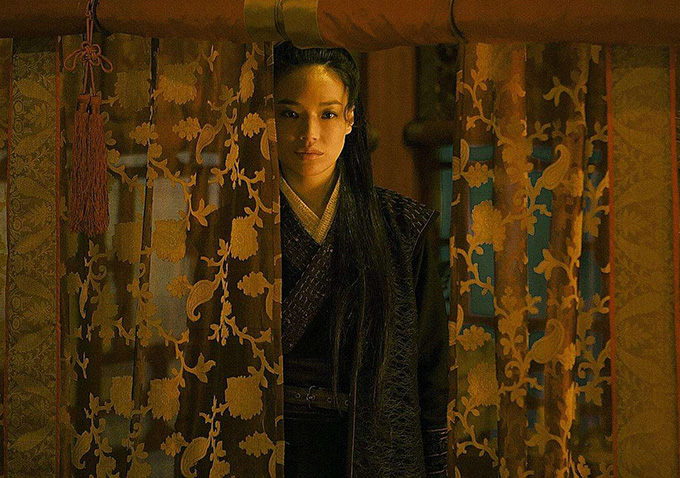 Not known for martial arts movies, Taiwanese director HOU Hsiao-Hsien (“Flowers of Shanghai” and “Flight Of The Red Balloon”) makes a unique and elegant debut in this movie genre with “The Assassin,” the official Oscar entry from Taiwan for best foreign language film that won him Best Director award at this year’s Cannes Film Festival.

Set in ninth century China towards the end of the Tang Dynasty, the story revolves around Nie Yinniang, a young woman played by actress SHU Qi, raised by a nun since childhood who trains her in the martial arts for the purpose of assassinating corrupt officials.  After 13 years in exile, she has developed into a formidable assassin and is ordered by her strict mentor to return to her home province of Weibo to kill its governor Lord Tian (played by CHANG Chen). This was a chaotic period in the history of China when the authority of the Tang Court was regularly challenged by provincial governors. Yinniang’s hesitation to kill is rooted not only in compassion as seen in certain instances, but as we learn later, in the fact that Lord Tian is her cousin to whom she was once betrothed as a child, with the intention that their marriage would help maintain peace between Weibo and the Court. That pledge was broken when Lord Tian marries another woman and also fathers children with his concubine.

“The Assassin” merges action with still and slow-moving shots into breathtaking visuals. The dense plot is not always easy to follow but the set design with attention to detail, and the mainly long-shot camera work combined with fleeting close-ups are mesmerizing and dream-like. Starting in black and white, colors gradually bleed into the scenes. The realistic martial arts scenes are never excessive and do not dominate the movie. HOU Hsiao-Hsien’s admitted biggest influences were Kurosawa’s samurai films where what really matters are the philosophies behind the making of a samurai, rather than the action scenes. The original score by LIM Giong is complemented by a couple of evocative contributions by Bagad Men Ha Tan & Doudou N’Diaye Rose’s recording “Dakar,” a marriage between Celtic music and African drumming, which work surprisingly well in the movie. One of the other main characters of the movie is silence itself, deftly used in creating tension and a sense of mystery. Although we want to find out whether Yinniang will obey the sacred way of the righteous assassin, or will listen to her heart and take command of her own destiny, ultimately what matters and remains with us are the lingering images, each a hypnotic painting and a true work of art.