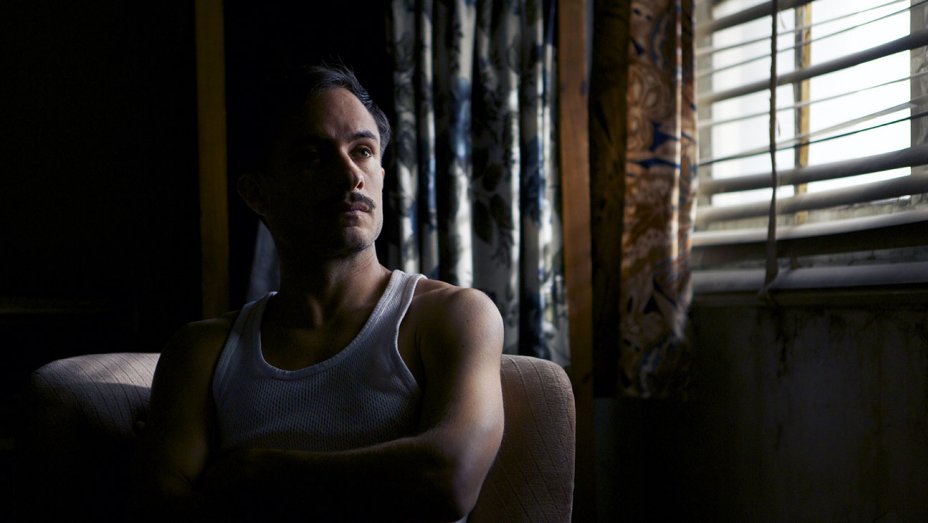 In 1994, beloved Chilean poet Pablo Neruda was the subject of the fictitious movie Il Postino. His poems have been set to music by musicians across the world from Samuel Barber, to Mikis Theodorakis, Jackson Browne, Brazilian Girls and Ute Lemper, to name a few. Colombian novelist Gabriel García Márquez considered him “the greatest poet of the 20th century in any language.” Neruda was also a diplomat, a senator and the most famous communist in post-WWII Chile.

In his new movie Pablo Larraín (The Club, No, Tony Manero and the newly released Jackie) weaves a fantastic tale, part fact, part fantasy around the 1948 manhunt for the celebrated poet played by Luis Gnecco. His nemesis is an imaginary police inspector named Óscar Peluchonneau portrayed by Gael García Bernal (who also starred in Larraín’s No).

Following the outlawing of communism in 1948 by Chilean president Videla, Neruda and his wife Delia (Mercedes Morán) are forced into hiding with the ambitious Peluchonneau in hot pursuit, hoping to make a name for himself by apprehending the famous poet. Neruda and Delia are portrayed as a sophisticated, complex, mundane, and progressive couple with Delia, herself an artist, showing complete devotion, while Neruda, though tender, is self-centered. He frequents the artistic, leftist, bohemian circles, and even bordellos while in hiding, deftly eluding the inspector through various disguises, but deliberately leaving him clues. Peluchonneau who also narrates the story, cuts a sorry figure as an insecure and lonely character obsessed with capturing the poet.

As the two men play cat and mouse, the movie shifts through different genres – from film noir, to documentary, to absurdist, even to the burlesque, and culminates in a gripping Western-style snow chase as Neruda tries to escape on horseback to Argentina through the Andes mountains (these being the best moments of the movie).

This “anti-biopic” as Larraín calls it, pulls us into a fantasy Nerudian world, at times Fellini-esque, blending history with the imaginary. “Like the poet and his work, the film constructs and intersection between art and politics from a cinematic and literary point of view,” says the director. Throughout, with the exception of the snow chase where we are finally allowed to engage emotionally, we remain outside as spectators and aside from occasional windows into Neruda’s emotional world, even the protagonists appear to be watching their participation in the fabrication of their own lives. While having to move from place to place, one thing remains a constant in Neruda’s life and that is his writing. In fact, during his escape, Neruda put out a large body of work. The message that the movie delivers loud and clear, and one that Neruda embodied is that of revolution and freedom through art and its power as a catalyst to bring transformation.