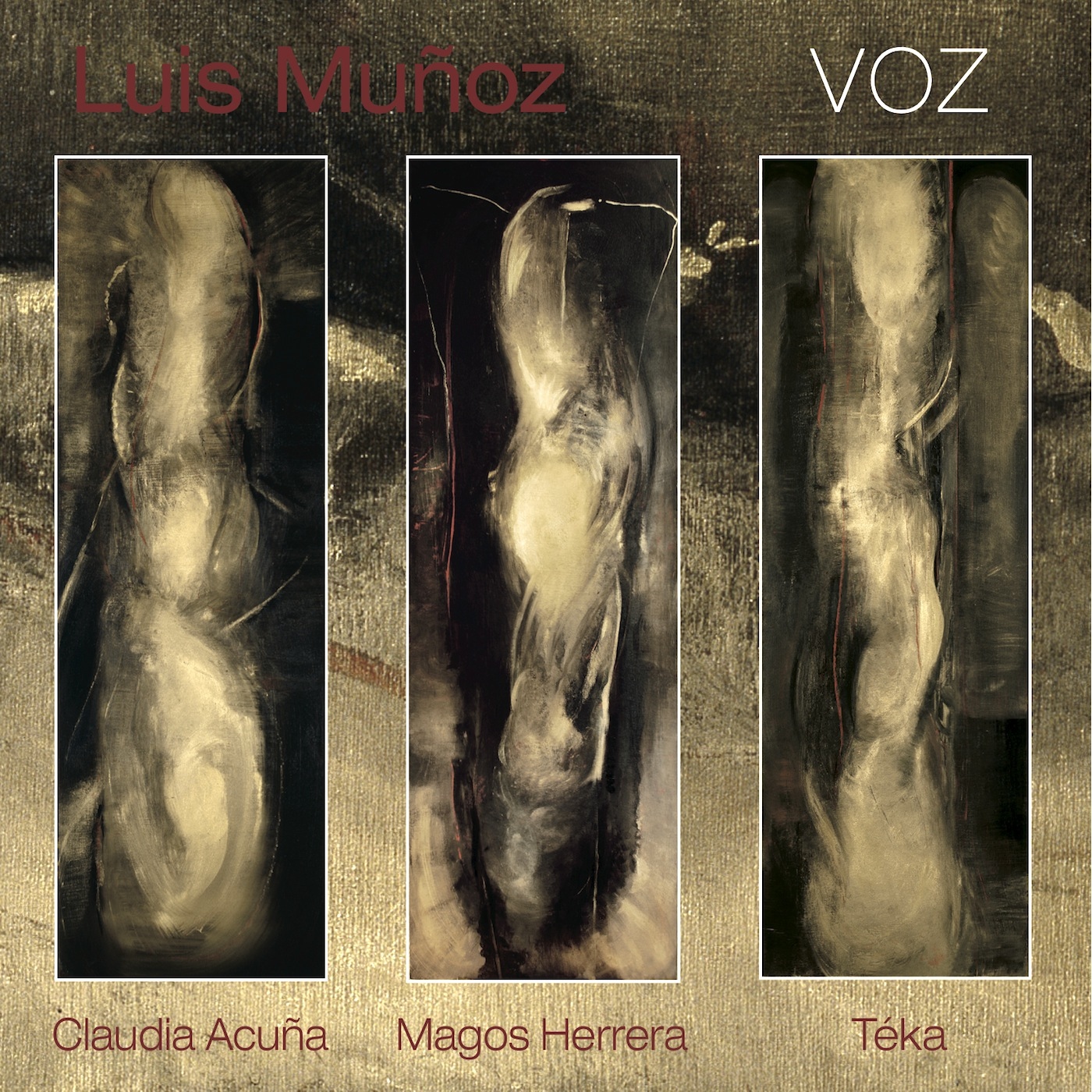 Costa Rican jazz composer/percussionist/multi-instrumentalist Luis Muñoz’s latest recording “Voz” is a collection of beautiful songs featuring three exquisite vocalists. Mexican jazz singer Magos Herrera sings on four tracks including a tribute to the composer’s wife entitled “Testamento/Mas Alla.” Teka Penderiche from Brazil who appeared on Muñoz’s 2013 recording “Luz” is guesting on three tracks, a catchy rhythmic piece “Manantial,” and a bossa nova featuring Ron Kalina on harmonica. On “Quisiera,” a song of lost love and yearning, she duets with Chilean songstress Claudia Acuña. The rich delivery of these vocalists, as they glide with ease within the compositions, conjure various emotions of nostalgia, tenderness and sadness. The gorgeous instrumental track “Journey of Saint Augustine,” showcases longtime collaborator trumpeter Jonathan Dane, bassist Brendan Statom and guitarist Daniel Zimmerman. Muñoz who appears on percussion and keyboards throughout the album, plays a heartfelt melodica on the instrumental tribute to his late aunt Amarilis. This is a mature piece of work with an approach to composing that is sensitive and intelligent. The music is never a showcase for Muñoz’s talents as an instrumentalist but a tapestry of musical colors and feelings, with each piece telling its own story. “Voz,” released on Pelín Music is in essence a romantic album and a perfect blend of jazz and the rich tradition of Latin American song.