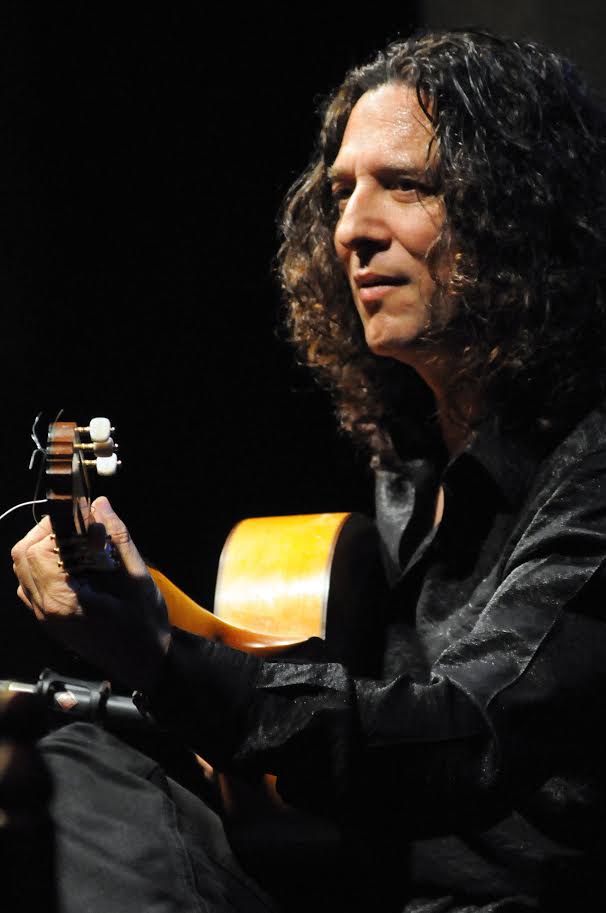 José Fernández Torres, better known as “Tomatito,” is a living legend of flamenco guitar. Known for his mastery of traditional rhythms, his classic work with singer Camarón del la Isla, and his pioneering efforts in establishing nuevo flamenco, which  combines traditional flamenco with music influenced by classical, jazz, blues, rock, pop, bossa-nova, tango, and fado, he makes his first Los Angeles appearance with his sextet on Friday, October 21 at 8:00 p.m. at the Wilshire Ebell Theatre.

An enormously charismatic musician, Tomatito is much loved both as an embodiment of flamenco’s deep traditions and as a leader in contemporary developments in the art form. He has ensured the evolution of flamenco guitar, as well as securing his own place not only as the leading flamenco guitarist of his generation but also as one of the greatest flamenco guitarists of all time.

Born in Almería in 1958, Tomatito comes from a musical family where he grew up in an environment closely linked to music and especially to flamenco. He learned his first chords from his father and grandfather and showed strong musical talent and an almost innate ability to play the guitar from an early age. His first concert was at age ten at El Taranto flamenco club. At age 12 he moved to the city of Malaga, where he started his career playing flamenco clubs like La Taberna Gitana. There he met Paco de Lucía and Camarón de la Isla. Gradually, his extraordinary powers drew attention from critics and fans. He began to play with great singers like Enrique Morente or La Susi, but his greatest pride is to have played with the legendary Camarón de la Isla for 18 years of his life up to the singer’s tragic death in 1992.

After the death of Camarón, Tomatito began his career as a soloist, dazzling audiences with his exquisite sensitivity. His supreme talent and a firm commitment to the development and dissemination of flamenco worldwide have garnered Tomatito worldwide recognition not only in the field of music but also in film, theater and art. He has won a total of five Grammy Awards (one with Michel Camilo) and Latin Grammies for his albums “Aguadulce” and “Soy Flamenco”. He has collaborated with many performers from around the world, such as Elton John and Frank Sinatra, and influenced a whole generation of young guitarists. On the occasions when he ventures into other musical fields, such as jazz, he always remained true to his principles. His latest album in collaboration with Michel Camilo, “Spain Forever,” presents an elegant and mature musician at the height of his art.

Tomatito’s sextet includes José del Tomate on guitar, Piraña on percussion, Kiki Cortiñas and Morenito de Íllora on vocals, and José Maya, one of the most exciting and explosive flamenco dancers today. Maya has collaborated with many of the most well-known flamenco artists including Farruquito, El Güito, Manolete, Estrella Morente, Gerardo Núñez and Diego El Cigala, and has opened for pop stars Marc Anthony, Beyoncé and Björk.

To listen to Tomatito and buy his music go to:http://