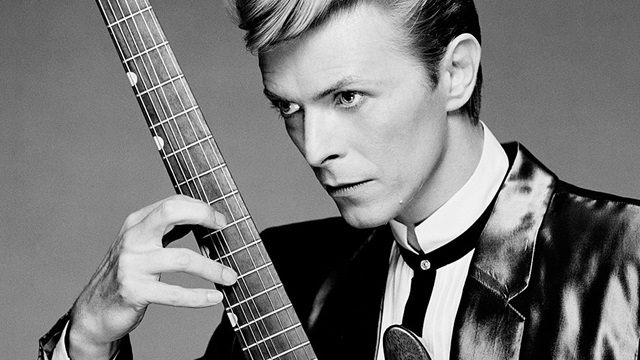 I hope 2016 has been treating you well so far. In numerology, 2016 corresponds to the number “9” of the nine year cycle of change. Among other things, this cycle corresponds with endings and completions. And true to its theme, the new year started with the loss of some iconic and important figures in the art world.

At this year’s BAFTA (The British Academy of Film and Television Arts) Awards, host Stephen Fry paid a heartfelt tribute to those departed as images rolled on the screen to David Bowie’s “Heroes.”  “Wonderful, not least of course the musical accompaniment from the creative genius that was the magical and deeply missed David Bowie,” Fry stated, adding, “Film benefited from his unique gifts as an actor, producer and musician. The world is a far more monochrome place without his colour and vitality.” This can be said of all the creative souls that already left us so early in 2016. To name a few: British actor and director Alan Rickman, trailblazer French composer and conductor Pierre Boulez, Canadian jazz composer and pianist Paul Bley, Texan blues guitarist, singer/songwriter Long John Hunter, Australian-born film and theatre producer, impresario and artist manager, Robert Stigwood, and American novelist Harper Lee.  And let’s not forget Lemmy Kilmister of Motorhead and Natalie Cole who died late in December 2015.  Some of these departures were eclipsed by news of David Bowie’s death with the wide press coverage, tributes pouring from every corner, social media flooded by comments, remembrances, and YouTube links. Yet each of these individuals was iconic and unique, and greatly contributed to the enrichment of the arts.

David Bowie’s death was a shock to us all, even to those who knew he was sick. We thought of him as immortal, full of vitality, and at times somewhat otherworldly.  Reinventing himself to the very end, Bowie’s artistic statement remained strong, fresh, and unique. In an interview with Music Connection in 1995, he stated: “As an artist, I was never interested in developing and having a continuum in style. For me, style was just something to use. It didn’t matter to me if it was hard rock or punk or whatever, it was whether or not it suited what I was trying to say at a particular point in time. It has always been essential to me that my public perception was such that I’d be left free to kind of float from one thing to another.” He remains a legend and his music and stage persona will forever be embedded in our senses. Despite his illness, the last three years of his life were extremely fertile in creativity, culminating with the album The Next Day, his compilation album Nothing Has Changed, the musical Lazarus, and his final work Blackstar, released two days before his death on January 10th.

Talented actor and director Alan Rickman gained major visibility for his deliciously wicked portrayal of Severus Snape in the Harry Potter movies. A member of the Royal Shakespeare Company, he was known for his award-winning roles such as the Sheriff of Nottingham in Robin Hood: Prince of Thieves, and his title role in Rasputin: Dark Servant of Destiny. I particularly remember him fondly as the music-obsessed Jamie who comes back into his wife’s (Juliet Stevenson) life as a ghost, playing chamber music with a bunch of musician ghosts he’s met on his journey “to the other side” in the romantic comedy Truly, Madly, Deeply. The Winter Guest, which he directed was a powerful intimate movie about a mother-daughter relationship with magnificent performances by Emma Thompson and her real-life mother Phyllida Law. His last two movies Eye In The Sky and Alice Through The Looking Glass are slated for posthumous releases respectively in March and May 2016. I know I will be able to conjure in my mind Rickman’s unmistakable and unique voice many years from now.

Pierre Boulez was known for his innovation, audacity and creativity which paved a radical new path for 20th century classical music. He emerged as one of the leaders of the young and revolutionary postwar European composers. Not only his compositions were groundbreaking, bold, and defying all the norms of French musical culture of the time, but he was one of the most brilliant and exciting conductors who worked with the world’s great orchestras. He saw music as a constant evolution and his amazing sense of pitch and rhythmic sensibility led to some of the greatest and most clear musical interpretations.

And then, there is Paul Bley, the original pianist who contributed so much to the art of the trio and the free jazz movement of the ‘60s. His prolific artistic journey spanned seven decades (he started his first band at age 13) with a tenure on ECM Records. At 20 he played with Charlie Parker, and his first album as a leader, Introducing Paul Bley, had Charles Mingus and Art Blakey in the rhythm section. He was among the first players to recognize the musical importance of Ornette Coleman and was always ahead of the wave in musical stylistics.

Louisiana-born Texas resident Long John Hunter was known for his onstage showmanship. Fired up after seeing B.B. King in concert, he bought his first guitar the next day and decided to pursue a career in music during which he released seven solo albums. His foot-pounding brand of original, hard-driven roadhouse blues led the Chicago Tribune to rave: “Hunter embodies Texas blues in all its varied, roustabout glory like no one on the scene today.”

Robert Stigwood was known as one of the entertainment industry’s most powerful tycoons who turned aspiring musicians such as The Bee Gees and Eric Clapton into superstars and was instrumental in promoting the careers of Cream, David Bowie and Rod Stewart. We owe him many memorable moments through the long list of movies and musicals which he produced, including Jesus Christ Superstar, Hair, Evita, Grease, Tommy, Saturday Night Fever, and countless more.

Although Pulitzer prize-winning novelist Harper Lee only published two books, she was awarded the Presidential Medal of Freedom and the National Medal of Arts.  Lee had a remarkable gift of storytelling and this coming of age story in tandem with the theme of racial injustice has made To Kill A Mocking Bird into a classic of modern American literature.

These creative souls will live on through their works and the enrichment that they brought into millions of people’s lives and something tells me they are still creating on the other side. All I would like to say to them is: Thank you, I am deeply grateful.