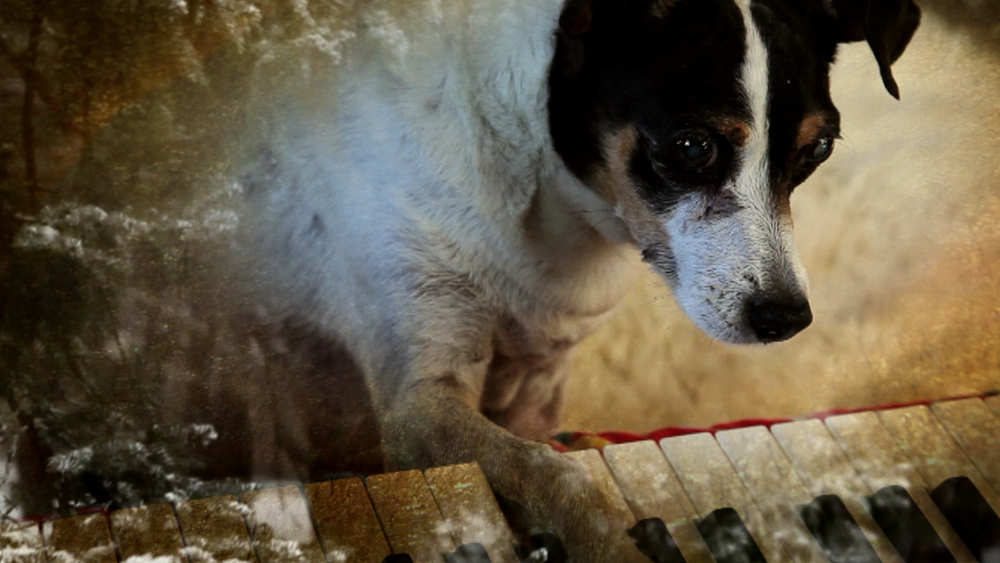 HEART OF A DOG, A NEW MOVIE EXPERIENCE BY THE EVER DARING AND GROUNDBREAKING LAURIE ANDERSON

Amazingly creative, eclectic, and pioneering: these are some of the adjectives that come to mind when describing Laurie Anderson’s long and prolific career which includes music, performance art, theater, electronics, drawing and sculpting. Her new movie “Heart Of A Dog”  released in November 2015 Angeles is Anderson’s unforgettable cinematic journey centering on her beloved late rat terrier Lolabelle, and a wondrous journey through love, death and language.

Anderson scored, wrote and narrated the 75-minute long film which moves like a sequence of dreams, combining the wry and the comic, the mystical and the surreal. Linking many different stories together, it meditates on the experience of death and the passage of time. Anderson says that “the film is much about fractured stories as it is about the construction of stories.” As expected from Anderson, language and the usage of words play a pivotal role, with contemplations on Lolabelle’s inner life, post-9/11 surveillance in Manhattan, the final moments of her mother’s life, her own harrowing childhood experience following a swimming pool accident, the raw materials of her own life, and quotes, images and stories from other writers and artist.

Originally conceived as a narrative piece without music, Anderson was persuaded by producer Dan Janvey to add a score to the movie. The beautiful and highly effective music is a combination of pieces from past recordings and new ones with violin and digital effects. Heart of a Dog arrives in tandem with Anderson’s installation Habeus Corpus at the Park Avenue Armory in New York.  Each work in the installation has a version of the story of Lolabelle and 9/11. Heart Of A Dog is dedicated to Anderson’s late husband Lou Reed whose song “Turning Time Around” plays over the end credits.

“Wouldn’t it be great if you’re playing a concert and you look out and everyone’s a dog?” Laurie Anderson once told Yo-Yo Ma, while waiting backstage at a graduation ceremony. True to form, the multi-talented Anderson has made her outlandish dream come true, first at the Sydney Opera House, and now at The Cinefamily in Los Angeles!

Buy Heart Of A Dog CD