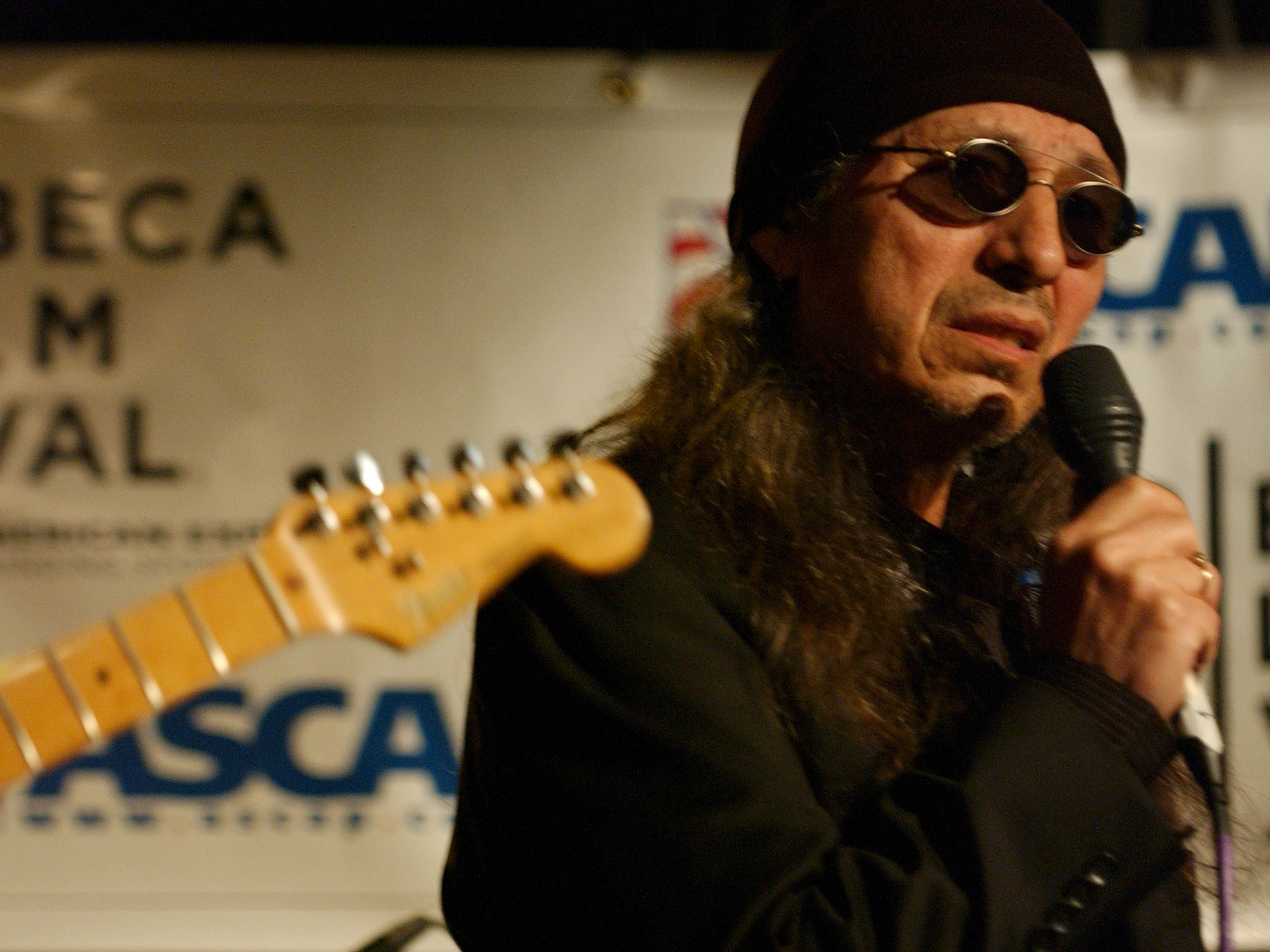 FAREWELL JOHN TRUDELL, MAY YOU REST IN PEACE

American poet, musician, author, actor, and political activist John Trudell died today, Tuesday, December 8, 2015, at his home in Santa Clara County in Northern California, at the age of 69. He was a Santee Sioux who became the spokesperson for the United Indians of All Tribes‘ occupation of Alcatraz from 1969 to 1971, broadcasting as Radio Free Alcatraz. During most of the 1970s, he served as the chairman of the American Indian Movement. In February 1979, he lost his then pregnant wife, three children and mother in law in a suspicious fire. Soon after that he immersed himself in writing and also became interested in music after meeting musician and activist Jackson Browne. In his work, he often combined spoken word with music. Of his poetry he said:  “They’re called poems, but in reality they’re lines given to me to hang on to.” His poems served as lyrics for his songs which combined traditional American Indian music, blues and rock.

He never failed to address indigenous rights, and his concerts and public appearances were rife with political and social commentary with both insight and wit. He was a prolific poet, recorded 14 albums, the last one being Wazi’s Dream released in 2015, and appeared in a number of movies. Along with Willie Nelson, he co-founded Hempstead Project Heart, a national initiative that creates awareness of the many uses of hemp as a way of establishing a green economy in America.

He was an important voice not only for American Indians but for social justice and equality that resonated across the board, a voice that spoke for all of us.  He died after a long battle with cancer, surrounded by friends and family.