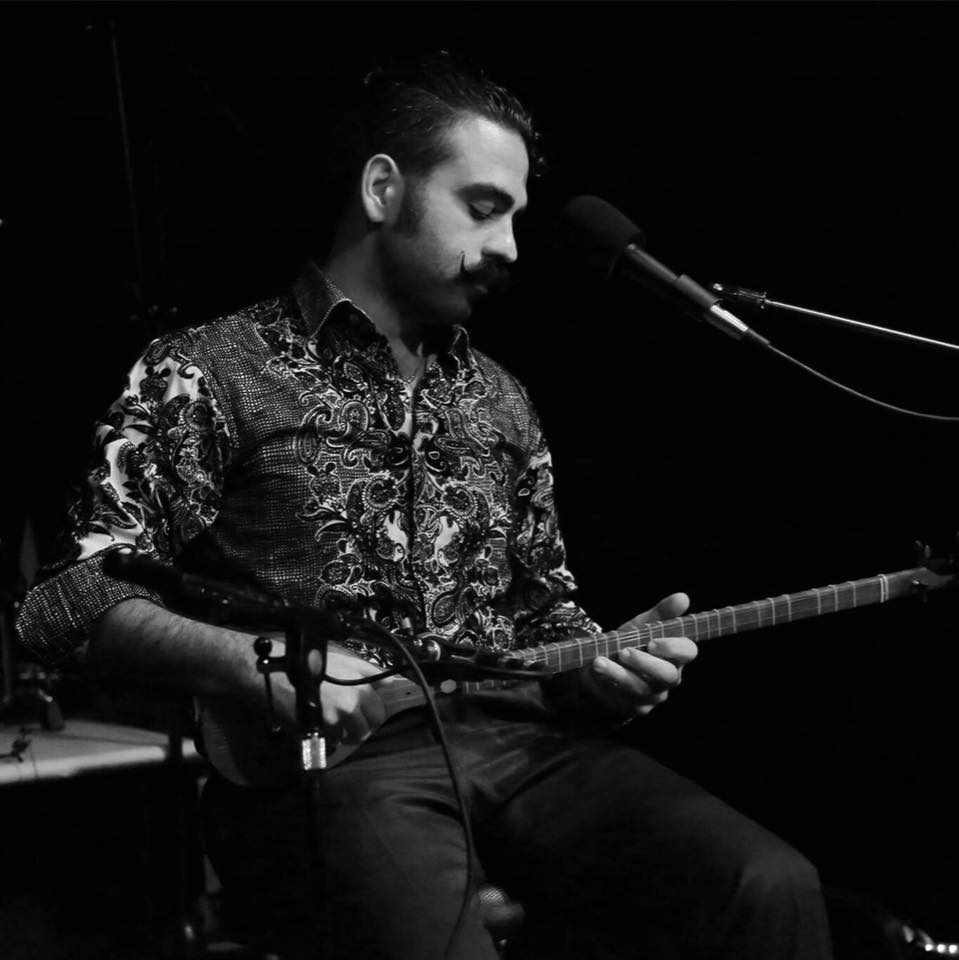 Composer, singer, poet and multi-instrumentalist Fared Shafinury is a perfect representative of what he calls a hyphenated generation of Iranian-Americans today. Born in Texas of Persian parents, and a resident of its musical capital Austin, he has forged a career beautifully blending traditional Persian music with Western sensibilities. His first instrument was the cello in which he trained classically. Deeply drawn to the music of his parents’ homeland, he made trips to Iran to perfect his playing of the setar (long-necked Persian lute) and learn the traditional repertoire (radif ) of the country’s classical music with masters such as Masoud Shaari and Mohammad-Reza Lotfi. In his hands, the setar which he plays with virtuosity blends East and West without boundaries. But one of the most arresting features of his music is his achingly beautiful voice. The songs on his albums feature poems by both contemporary and ancient Persian poets as well as his own. He performs with his Austin-based band Tehranosaurus. 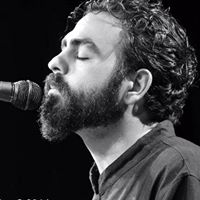 His third album Into the Night, features instrumental compositions as well as original songs by himself, one with words by the late Iranian poet and lyricist Rahim Moeini Kermanshahi, and arrangements of Cole Porter’s “So In Love” and Bruce Springsteen’s “Dancing in the Dark.” In talking about the inspiration for this new body of work, Shafinury muses: “I could say that the natural world drew me in and mystified this album for sure. Three years ago I came out of a monastic lifestyle where watering my mint and jasmin garden was of the utmost importance in my day to day life. I remember collecting the dried jasmin flowers for making tea with the mint leaves, which I served to my setar students on my balcony after class. I uprooted myself and boxed up my belongings and hit the road towards the west. I witnessed for many nights the chaos brought by the rainstorms juxtaposed to the silence in the deserts. Open roads were woven with broken hearts, laughter was dotted with tears, and distant meadows were intertwined with the fury of the sea as I fell in love with one rotating flame of ecstasy. Or I could just plain and simply say life was the inspiration.”

For the first time Shafinury sings in English on his new album. “For the longest time I felt self-conscious to sing in English,” says Shafinury “mainly because I felt that I may carry an accent after having sung primarily in Persian for so long. I developed this personality complex as a second generation Iranian-American (Texan) and I feel that possibly hyphenated identities pose various forms of self-conscious behaviors.  Figuring ourselves isn’t the easiest task, and even though I wrote and still write most of my lyrics and poetry in English, I had adopted a Persian singing voice from an early age! It took some time to really learn how to sing another way, an English way. I had to strip my voice of those various techniques and Persian ornamentations and just talk it more.”

Shafinury who spent time in the Chihuahuan desert describes the effect that such a surrounding had on the mood of the album: “The West Texas deserts bring such serenity and peace that it becomes the perfect blank canvas to paint on. The evolution of this album began after the end of my last album behind the seat. I still feel like it’s evolving, even though the record is out. It never ceases.” As for combining Springsteen’s lyrics with the poetry of Rumi in “Dancing in the Dark,” he humorously responds: “It’s for the same reason I like combining cayenne pepper with all different types of food.”

Into The Night sung both in Farsi and English ranges from the reflective to the nostalgic, the romantic and the up tempo. The video of “Dancing in the Dark” shot in India is an uplifting and ecstatic rendition of The Boss’s catchy tune.

“So In Love” with a Latin and Persian pop flavor:

Fared Shafinury performs with his ensemble and guest Ardeshir Farah on guitar.